Earlier this year, we announced Global Datastore for Redis that lets you replicate a cluster in one region to clusters in up to two other regions. Recently we improved your ability to monitor your Redis fleet by enabling 18 additional engine and node-level CloudWatch metrics. Also, we added support for resource-level permission policies, allowing you to assign AWS Identity and Access Management (IAM) principal permissions to specific ElastiCache resource or resources.

In order to apply RBAC to a new or existing Redis 6 cluster, we first need to ensure you have a user and user group created. We’ll review the process to do this below.

If you want to create, modify, and delete users and user groups, you will need to select to the User Management and User Group Management sections in the ElastiCache console. 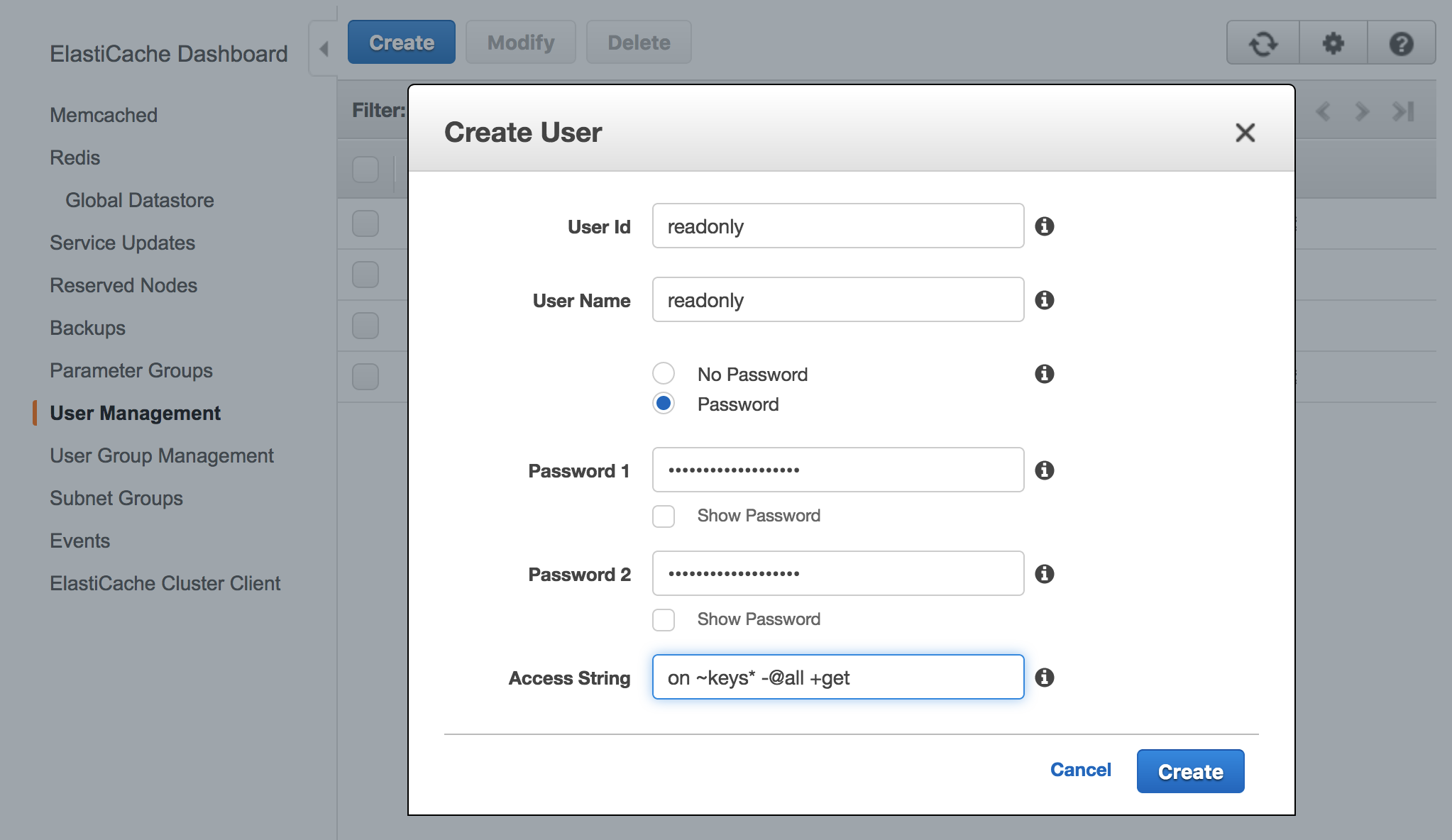 ElastiCache will automatically configure a default user with user ID and user name “default”, and then you can add it or new created users to new groups in User Group Management.

If you want to change the default user with your own password and access setting, you need to create a new user with the username set to “default” and can then swap it with the original default user. We recommend using your own strong password for a default user.

The following example shows how to swap the original default user with another default that has a modified access string via AWS CLI.

Create a user group and add the user you created previously.

Also, you can modify a user’s password or change its access permissions using modify-user command, or remove a specific user using delete-user command. It will be removed from any user groups to which it belongs.

Once you have created a user group and added users, you can assign the user group to a replication group, or migrate between Redis AUTH and RBAC. For more information, see the documentation in detail.

Redis 6 cluster for ElastiCache – Getting Started
As usual, you can use the ElastiCache Console, CLI, APIs, or a CloudFormation template to create to new Redis 6 cluster. I’ll use the Console, choose Redis from the navigation pane and click Create with the following settings: 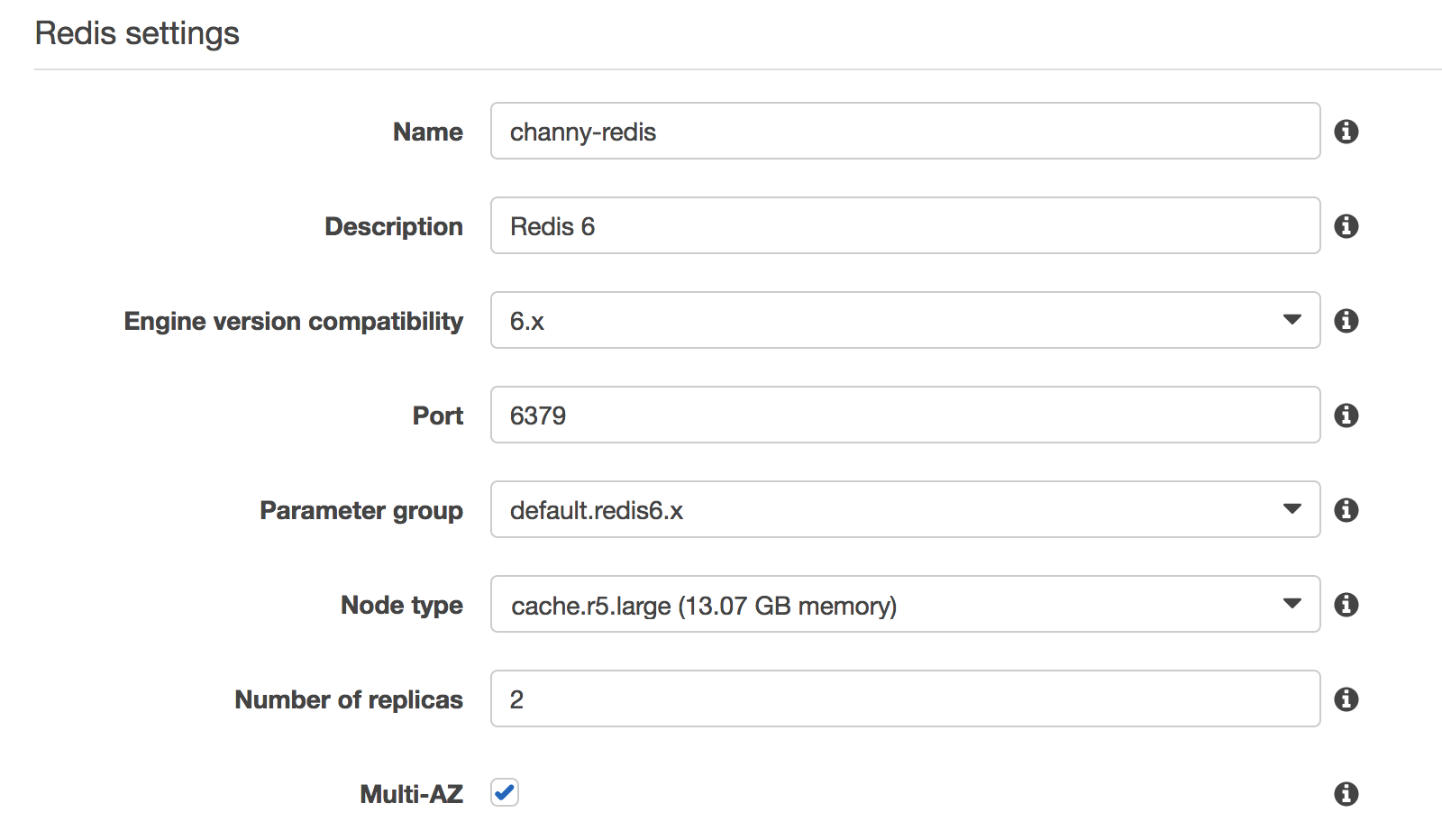 Select “Encryption in-transit” checkbox to ensure you can see the “Access Control” options. You can select an option of Access Control either User Group Access Control List by RBAC features or Redis AUTH default user. If you select RBAC, you can choose one of the available user groups.

My cluster is up and running within minutes. You can also use the in-place upgrade feature on existing cluster. By selecting the cluster, click Action and Modify. You can change the Engine Version from 5.0.6-compatible engine to 6.x. 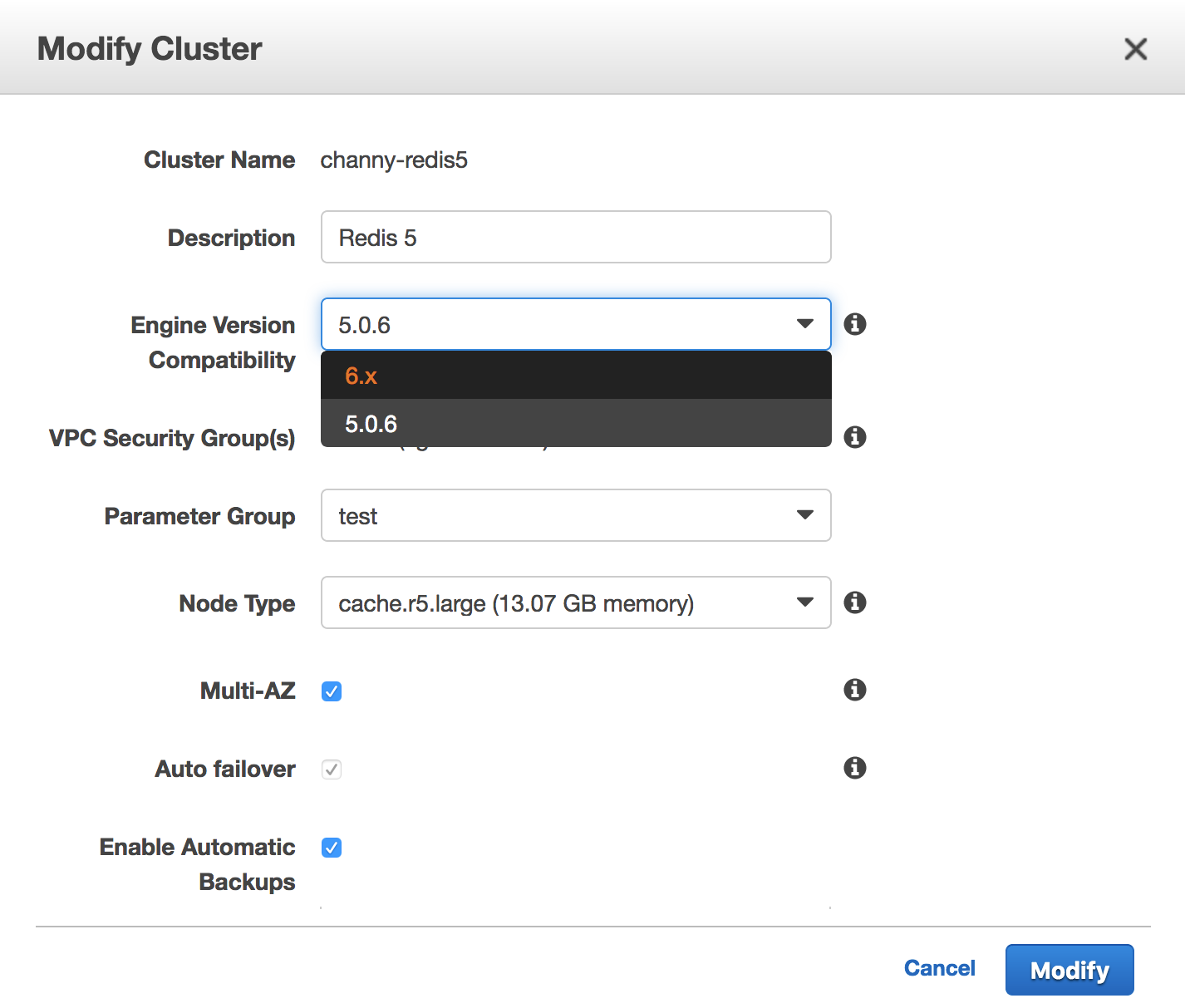